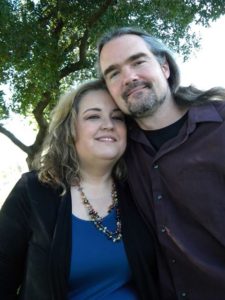 Two Sisters Botánica is an online store that is owned and operated by authors and public speakers, Katrina and Eric Rasbold. For years, they offered their products at Botánica de La Reina and Two Sisters Botánica in Roseville, California, as well as at popular festivals in the Sacramento and El Dorado County areas of California. In October 2017, the Rasbolds closed their storefront to focus on the promotion of the CUSP spiritual process and their books. They lecture at Pantheacon in San Jose, California, as well as continuing to work the local festival circuit each year.

In creating the business model for Two Sisters Botánica magical products, the owners gave mindful consideration to ideas like, “What magical items do we use most often? What items are most sacred to us?” Their book Energy Magic was a number one best seller in Amazon’s category of Neopaganism for eight weeks and is an exploration of the properties of sacred energy: what speeds it up, what slows it down, and how do we direct it most efficiently. These concepts work together to determine the inventory for the online and festival presence of Two Sisters Botánica

What is different about Two Sisters Botánica products? Unlike most botánicas and magical stores, the owners make most of the inventory themselves. What they do not personally produce, they purchase from carefully selected suppliers who understand the importance of how the items are harvested, packaged, and handled. The greatest of care goes into the inventory of Two Sisters Botánica’s magical products 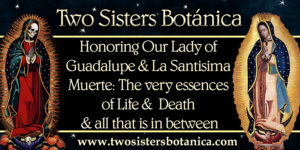 Raised around Appalachian magic, Katrina Rasbold began her magical training in England in 1981 and received her third level Craft initiation in 1991. Eric began his pursuit of magical studies in Korea in 1995. He and Katrina developed the CUSP (Climbing Up the Spiral Pathway) spiritual pathway in 1997 and have co-authored a total of ten books on the subject (The Bio-Universal Energy Series), starting with Energy Magic and CUSP. Both have studied a wide range of spiritual paths academically and experientially.

Katrina studied HooDoo and Brujeria under several different mentors. Eric’s focus lies in ancient Aztec magical structures and their influence on the spiritual practices of Mexico. Eric was raised in Catholicism and Katrina was raised in Protestant Christianity. They each hold a Ph.D. in Religion. Components of all of these spiritual paths, as well as Eastern philosophy, Druidism, Together, Eric and Katrina blend their combined experience in an honored appreciation of the positive aspects of all paths that seek to elevate a person to their best self and establish a blessed and solid relationship with the Divine.

Katrina is the author of thirty-five books, both fiction and nonfiction, including the ten she wrote with Eric. Her forthcoming book, Crossroads of Conjure,  is through Llewellyn Worldwide publishers.

Eric’s popular YouTube channel features instructional videos on a variety of magical subjects in both English and Spanish. Katrina’s video classes are available on her YouTube channel.

Eric and Katrina have devoted their lives to full immersion into the fields of magic and spirituality. They are excited to share these beautiful products with you and to hear how they enriched your life. They are easily accessible by email and through our Facebook page to help you find the tools you need and learn how to use them to effectively create the outcomes you desire.

Katrina and Eric personally create, bless, and empower most of the items available through Two Sisters Botánica. When you receive them, you will feel the buzz of energy flowing through them, ready to work for you. They also offer pictures, jewelry, pendulums, polished stones, curios, books, candles and candle holders, working bottles, aroma beads, wands, loose and stick incenses, smudging tools, handmade goats milk soaps, gris-gris, bags, powders, dirts, and other magical tools.

Your cart is empty

Come Visit Us At Our Shop 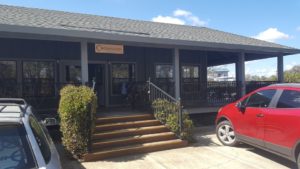